We were out for dinner with my extended family when my cousin asked where mum and dad were. I replied "away travelling AGAIN", to which my cousin asked "where are they THIS time?"

The following conversation revolved around the topic of travelling around this great big country of ours. My husband Daniel told them he has always wanted to travel Australia, but couldn't see it happening anytime soon, let alone before he retired. "If you are going to do it, do it now before the kids get to high school and you get too old or sick to travel" was the advice from everyone around the table.

In the car on the way home I could almost hear Dan's brain ticking over, trying to figure out how we could make a trip like that happen. Dan and his family run a small home business so we knew it would never be possible to take a couple of months off to travel. We played with the idea of him working whilst on the road and, in theory, it was possible. "All I need is a laptop, the internet and mobile phone service" he said.

Over the next few days, Dan kept saying to me "Let's just sell the house, pack the kids up and go." Every part of me was screaming "don’t sell the house! Don't sell the house!" So I promised Dan I would try to figure out if we could do it, but there was no way I was prepared to sell up.

Still to this day I am sure Dan thought I was just humouring him, without any true intention of going along with his idea. He had mentioned it before but I never really gave it much thought. But the more I thought about it, the more the idea grew on me. We could really make this happen! Couldn't we?

I decided that we need to do a bit of research. Firstly I asked my friends and family what they thought about us going away. I got some very different responses. Some told me I was crazy, thinking about taking our two oldest boys out of school. "You do realise that you would be with them 24/7?" one person said. "If you can do it, you are a better person than me." Others said "no don't go, we'll miss you too much." However the most common response was "Oh wow, that sounds amazing! Think about how much the boys will learn!"

We decided in April 2010 that we were going to try to make this trip happen. We knew we had a really hard road ahead but were prepared to do whatever it took to make this dream come true.

Before we left home I had a lot of friends ask me so many details about planning this trip. Some of whom are about to embark on a similar adventure and some of whom are just very interested. So throughout this blog, I am going to explain the planning process we went through to get here.

I had every intention of keeping a diary whilst we were away, but it seemed like a much better idea to share our experience with our family and our friends. So I am going to update this blog as often as I can and you can follow us on our “trip of a lifetime” Hope you enjoy... 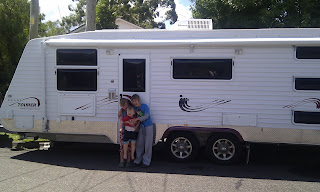